The 3 Best Reasons You Should Blast Chill or Shock Freeze 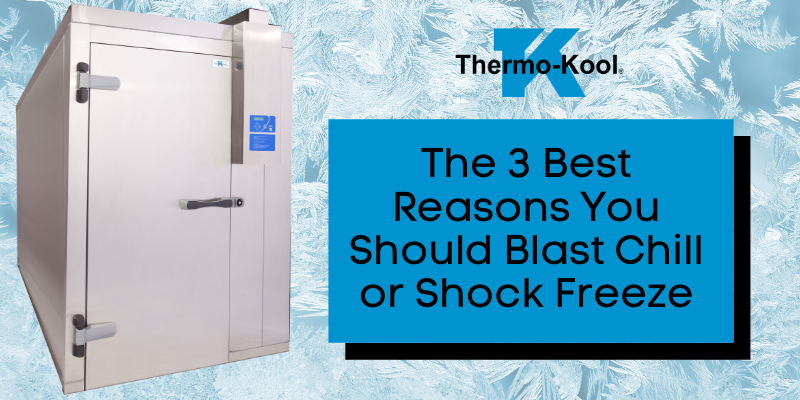 Of all the types of foodservice equipment, the one that might be gaining more popularity over the last decade is the blast chiller.

We often see them under the counters on shows like Chopped or Iron Chef. We hear about some of the amazing things they’re capable of doing in our commercial kitchens. And you’ve likely considered including them in your repertoire at one point or another.

But do you know the real benefits of the blast chiller or the three best reasons you should consider one for your operation? Let’s dig into the details.

When you blast chill or shock freeze your food, you can bring it to the proper storing conditions quicker, allowing it to have better and longer life on the shelf without losing quality or freshness.

Think about the money you can save by reducing your food waste. When you blast chill or shock freeze your foods, you can bring foods to the proper storing conditions quicker, allowing them to have better and longer lives on the shelves without losing any food quality or freshness. This reduces the amount of food you throw away.

When it comes to blast chilling, one of the things people often overlook is the savings in labor. Simply put, blast chilling and shock freezing can save time and money.

Blast chilling allows chefs to process food at a higher volume, which can then be saved and used at later times when demands increase. By pre or partially cooking certain product in mass quantities, it can be quickly frozen to ideal storage conditions and saved for later.

Food safety is one of the most critical parts of any foodservice operation, and blast chillers and shock freezers can help operations achieve this goal. By quickly moving cooked food through the Danger Zone and into an ideal, frozen state, the chances of bacteria invading food and ingredients are greatly reduced. This means fewer products will be thrown away, which brings us back to point number one. 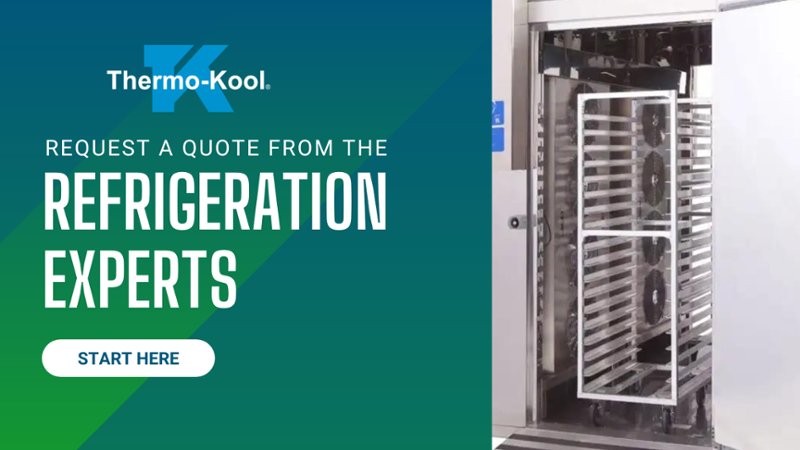 Here are the benefits of blast chilling and shock freezing to help your commercial kitchen supply and store food safely during the holidays.

3 Reasons Bakeries Should Use Shock Freezers

Whether baked goods are raw or partially cooked, using shock freezing methods can provide a range of benefits for bakeries that will increase...

The only unit of its kind, the Thermo-Kool dual cavity blast chiller and shock freezer helps with productivity and labor in any commercial kitchen.

Be the first to know about industry news and trends from the world of Thermo-Kool and commercial refrigeration. Subscribe to Thermo-Kool updates today.